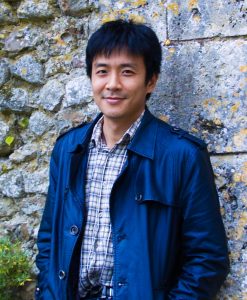 This talk entitled “Two Channels with Almost No Benefit from CSI” will be presented by Dr. Ligong Wang (CNRS).  It will take place in room TD C on the 27th of March (3 p.m.).

For many communication channels, causal or noncausal channel-state information (CSI) at the transmitter can help to significantly increase their communication capacity. In this talk we discuss two channels for which this is not the case. The first is the very noisy channel. We show that noncausal CSI at the transmitter provides little additional capacity improvement over causal CSI. The second channel is the Poisson channel with random, time-varying dark current. On this channel, capacity improvement from both causal and noncausal CSI is shown to be negligible.

Ligong Wang received the B.E. degree in electronic engineering from Tsinghua University, Beijing, China, in 2004 and the M.Sc. and Ph. D. degrees in electrical engineering from ETH Zurich, Switzerland, in 2006 and 2011 respectively. In the years 2011-2014, he was a Postdoctoral Associate at the Department of Electrical Engineering and Computer Science at the Massachusetts Institute of Technology, Cambridge, MA, USA. He is now a researcher (chargé de recherche) with CNRS, France, and is affiliated with ETIS laboratory in Cergy-Pontoise. His research interests include classical and quantum information theory, and digital, in particular optical, communications.