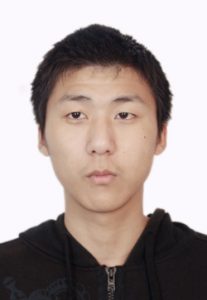 This talk entitled “Broadcasting with delayed CSIT: finite SNR analysis and heterogeneous feedback” will be presented by Dr. Chao He (CentraleSupélec).  It will take place in room TD E on the 15th of March (11 a.m.).

One of the key techniques for future wireless networks, namely state-feedback enabled interference mitigation, is explored with information theoretical tools under some realistic settings. In order to verify the usefulness of delayed CSIT in harsh situations, we investigate it with finite SNR and/or feedback heterogeneity in a broadcast communication setup. In the first part of this talk, we are mainly interested in showing the finite SNR performance of delayed CSIT and the similarity between the results in Gaussian and erasure channels. Several relatively simple schemes are proposed in multi-user broadcast channels when states are assumed to be fully known at the destinations but only strictly causally at the transmitter. Enhancement in terms of higher symmetric rates and more input alphabet options are then characterized when analyzing the corresponding regions in Gaussian/erasure cases. In the second part of this talk, algorithms adapted to heterogeneous feedback are targeted as only part of communication nodes are involved in the feedback process. In particular, we concentrate on 1) broadcast channel with feedback from partial receivers, 2) broadcast relay channel with feedback at the relay. Improvements on achievable rates are justified in either cases via analysis and some examples.

Chao He received his B.E. degree in Electrical Engineering from Southeast University in 2012, and the M.Sc. degree in SAR from Supélec in 2013. He obtained the Ph.D. degree from CentraleSupélec of Université Paris Saclay in 2016. His current research interests lie in the areas of multi-user information theory and limited feedback.